Trump's Nominee For The Fed Board Drops Out 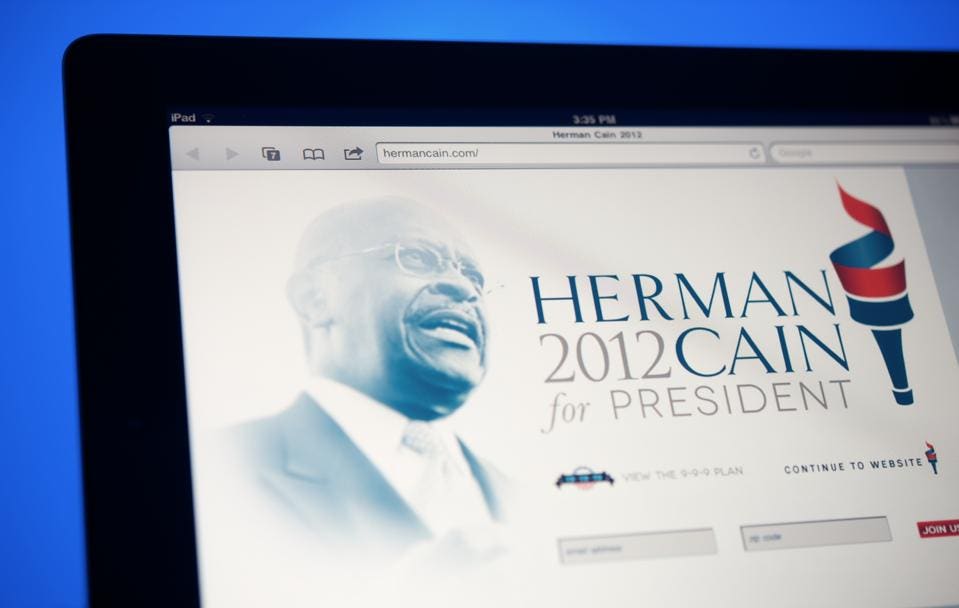 President Trump has two seats to fill on the Federal Reserve Board of Governors—those people who (along with a rotating cast of regional Federal Reserve Bank presidents) set interest rate policy, target inflation rates and supervise banks in the US. Trump had been considering nominees for two seats, which carry a 14-year term: conservative commentator Stephen Moore and former Republican presidential candidate and ex-CEO of the Godfather pizza chain Herman Cain. Both have criticized the Fed—and Trump’s own choice for chairman, Jerome Powell—for keeping interest rates too high.

On Monday, after weeks of criticism, Cain “withdrew” his name from consideration, reportedly over concerns that sexual harassment charges that arose during his presidential campaign would resurface in confirmation hearings. Many observers think the withdrawal was engineered by the White House, as at least four Republican senators had announced their opposition, enough to defeat Cain if no Democrats voted for him.

Moore, for now, seems to be hanging in there, although a series of controversial past statements about women may sink him as well. CNN has reported older comments where Moore said women tennis players seeking equal prize money wanted “higher pay than an equally skilled man…the opposite of what is meant by pay equity." He also wrote that men’s college basketball should have “no more women refs, no women announcers, no women beer vendors, no women anything" unless they were physically attractive, and that one female announcer should wear a halter top on air. (Moore now claims he was joking.)

Moore has vocal supporters, including Forbes commentator John Tamny, who think Moore’s economic views are important and should be represented on the Fed. Tamny writes that professional economists oppose his nomination based on “pathetic theories...rooted in the view that central planning actually works.”

But professional economists from widely different political camps disagree. New York Times columnist and Nobel prizewinner Paul Krugman said Moore is “manifestly, flamboyantly unqualified for the position.” And Harvard economist and former Chairman of the Council of Economic Advisers under George W. Bush Greg Mankiw calls Moore a “rah-rah partisan” who does not have “the intellectual gravitas for this important job.”

Although some conservatives are digging in to support Moore, Cain may actually have been better qualified for the Fed (although I would not support either nominee.) As economist Brad DeLong pointed out, Cain has business experience and served as chairman of the board for the Kansas City Federal Reserve Bank (although DeLong thinks there would be many better choices from the business community). Meanwhile Moore, in DeLong’s view, has been “willing to dump whatever of his previous policy positions (free trade? TPP? gold standard? anything else?) over the side whenever his political masters demand.”

Trump’s previous Fed nominees have been non-controversial and easily confirmed, including both the Chairman and the Vice-Chairman positions. But Moore represents a sharp turn, with a public record attacking the Fed. In January, Moore told the Washington Post that “Trump, who is not an economist, has more sense of the economy than these 500 overpaid economists at the Federal Reserve,” one of several pointed criticisms of the institution and its policies.

So why is Trump nominating political ideologues for the Federal Reserve Board and not well-established professionals? Forbes commentator Kenneth Rapoza thinks Trump is “stacking the bench” at the Fed, trying to keep interest rates down in the face of a weakening economy that could hurt his 2020 re-election campaign. And as I recently argued here, the Fed may lack adequate tools to fight the next recession. So trying to keep it from happening in the first place may be Trump's best bet, and “stacking the bench” at the Fed with Moore and others like him may be part of his strategy.