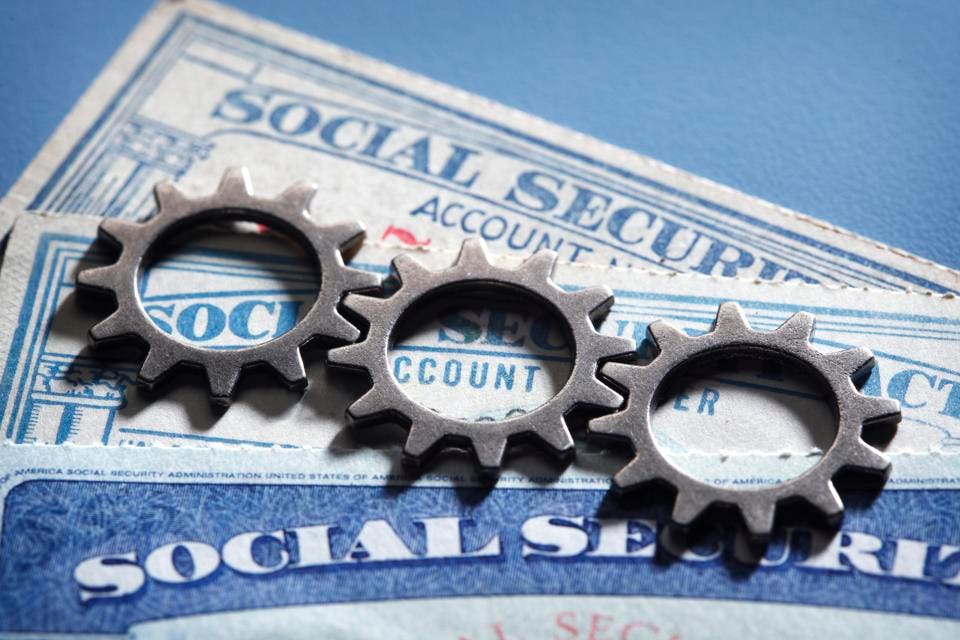 Nobel Prize-winning economist Richard Thaler made a splash on Thursday at the Brookings Institution, slamming 401(k)s and promoting Social Security. It was a bit surprising given Thaler's conservative bent. He proposed that the Social Security Administration should get into the annuity business by allowing retirees to direct some of their retirement savings toward their Social Security balances to beef up their monthly payments.

Thaler wants to solve a problem that all Americans with 401(k) and IRA plan balances face. How do you take $92,000—the median level of holdings for workers approaching retirement age—and make it last a lifetime? That is, how do you avoid outliving your money? This is not a problem for Social Security or a defined benefit plan because they are paid out in lifelong income—they are annuities.

Annuities are helpful. They allow families to convert lump sums to lifetime income. Yet as New School research economist Anthony Webb argues, while annuities are attractive in theory—people like their Social Security and defined benefit plans—few households actually purchase annuities. Part of the reason is that people think they will die sooner than the actuarial tables predict. But this behavioral bias is less important than the simple fact that voluntary, private annuities are not good deals.

Annuities are a bad bargain not because of the rapacious profits of insurance companies—well, that is part of the problem—but because people who volunteer to buy annuities run a higher risk of living a long time. Insurance companies know that only healthy retirees are likely to buy annuities, so they must charge prices that reflect the low mortality rates of those who actually buy their product. The exorbitant prices of annuities and other insurance products—think individual health care plans—are a result of what the industry calls adverse selection.

Thaler wants to alleviate that issue by allowing retirees to essentially purchase annuities through Social Security. He suggests that savers could devote between $100,000 and $250,000 of their 401(k) or IRA wealth to the government annuities, whose prices would reflect a fairer actuarial value—not the lower mortality of people who currently buy annuities, but the higher mortality rate of the population as a whole.

As Thaler explained Thursday, “I’d much rather do this than have the fly-by-night insurance company in Mississippi offering some private version of the same thing.”

But there are three problems with Thaler’s proposal, and they are fatal. First, we believe this proposal would do little to encourage annuitization. Second, it would weaken the Social Security Trust Fund. Finally, it would favor high-income people at the expense of lower earners.

To address the first point, Thaler’s proposal would do little to overcome the behavioral biases against annuitization. All that would likely happen is that people who currently buy annuities from insurance companies would now buy them from the Social Security Administration.

But as insurance companies have found over the years, annuity purchasers have lower-than-average mortality. So the Social Security Administration would make a loss if it priced those annuities in reference to the average mortality of the population. The loss from adverse selection would ultimately be borne by the Trust Fund. The winners would be the wealthy, who currently buy annuities from insurance companies, and in the future would get better prices from the Social Security Administration.

At the Retirement Equity Lab at The New School for Social Research, we have a better way of increasing lifetime income in retirement: Social Security Catch-Up contributions. This plan wouldn’t hurt Social Security’s finances and its benefits wouldn’t accrue mainly to the rich. The catch-up plan represents a better way to get more annuities from Social Security.

The catch-up plan has two good outcomes. First, the proposal uses the power of defaults to achieve widespread participation—more of a shove than a nudge. It also uses the progressivity of the Social Security benefit formula to protect against adverse selection. Although our calculations show that catch-up contributions would be attractive to higher earners, the wealthy would receive a lower rate of return on contributions than lower earners due to the progressive nature of the Social Security benefit formula.*

We hope Richard Thaler can formalize his idea and embrace the catch-up proposal. On one crucial point, at least, we are on the same page: strengthening and expanding the popular and efficient Social Security system.

*Higher earners have lower mortality than lower earners, so adverse selection on the basis of mortality will be offset by the lower returns higher earners will receive on their contributions.