Should Older Men Care About Their Looks In The Coming Recession? 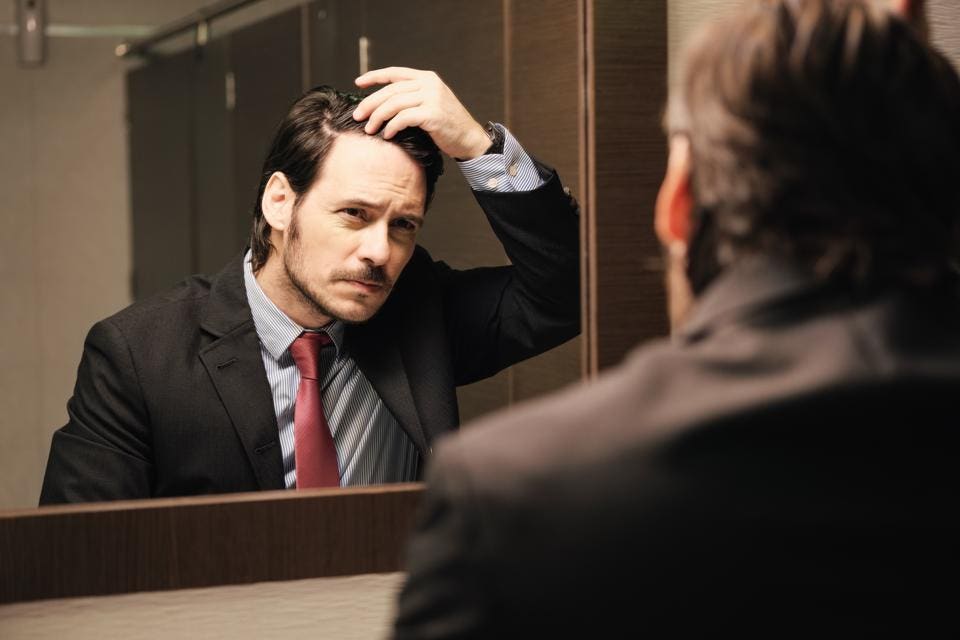 In a discreet office in the financial sector at the heart of Wall Street is a club that just says HCF on the door. The club is exclusively for men, but not an exclusive men’s club, if you get my meaning. It’s a hair salon where men can dye their hair, buy overpriced products with oversized claims to “cure” baldness (nothing really cures baldness except hair transplants). As one of the most powerful men in the world once said, “Never let yourself go bald.” Nearly $4 billion is spent annually on hair loss products, so perhaps President Trump and the market for hair conditioners is on to some fundamental truth. Bald men look old and fear their baldness. Is it baldness bigotry? And if so why?

It is really hard to write about bigotry, or even be funny about it. But the fact that the mania that women have had about their appearance is now being adopted by men—that is frightening.

Beauty in the Age of Economic Insecurity

The Great Recession is sometimes called the mancession, due to the fact that men were disproportionately affected by job loss. Of the 6 million jobs lost between December 2007 and June 2009, 74% were held by men, according to the Urban Institute.

And with economic insecurity comes a lot of other kinds of insecurity. Insecurity about brains, brawn, and beauty. Men are not immune to vanity and the beauty industry. My prediction: soaring botox and beauty anxiety for older guys in the coming recession.

An incisive British article about the male fashion and bodybuilder profession noted that:

"While his clients don’t cite the recession as a key factor in wanting to change their appearance, [personal trainer Matt] Roberts says the language they use—‘getting ahead of the game’, ‘look like I mean business’, ‘on the ball’, ‘powerful and in control’—points to a competitive work culture where job security is no longer a given. ‘I’ve always had clients in the 40-45 age bracket but I’ve definitely seen a rise in numbers. It’s about staying young, staying fit, showing they can be as strong as the 20- to 30-year-olds they’re now competing with."

Men are learning what women have known about beauty and aging for decades. If you are competing in markets you have to look good, and looking good is looking young. Good looks are equated with a body that seems in control: flat bellies, youthful skin, and other signs we know well. Women look old at younger ages than men—ask a female news anchor or actor how long she has on screen—but men age, too.

For both women and men, aging in the market means losing status. In the coming recession, older men are going to find that they will be less desirable in the labor market. More research is needed, but I predict male use of cosmetic surgery, beauty products and make-up is more sensitive and correlated with the business cycle than women’s demand for cosmetics and the like. Basically, cosmetics and cosmetic procedures are recession-proof—the so-called lipstick effect.

Economists have long observed a beauty premium, whether in labor markets, in negotiations, or in the corporation. A recent study showed that attractive faces, especially men’s, were remembered better than unattractive faces. And new research provides evidence that physical attractiveness can help boost a person’s success in online peer-to peer lending.When sophisticated institutional investors vote for “All-Star” financial analysts, the analysts' “beauty” plays a role—for men and women—when there isn’t much information about an analyst’s performance. (It is a bit of relief to know the superficial beauty effect disappears when more information about performance is available.)

It might go the other way, too. One study concludes that people who are judged by peers to be “very unattractive” are paid more after statisticians control for education and the like. But I don’t think many people believe that. Economists have widely documented the “beauty premium” and “ugliness penalty” in earnings.

Explanations based on employer and client discrimination might predict a positive association between physical attractiveness and earnings, but in the end we really don’t know why beauty matters. Is it because the “beautiful” are treated better? Good treatment might be reinforced so that people who are told they are beautiful have an edge in confidence, extroversion and other personality traits correlated with success. Or is it because when there is little information about someone, people use superficial traits to judge?

Not only does attractiveness affect labor market outcomes and other social activities, there is also evidence younger people are judged more attractive than the old. Men can get away with a little more age—the “businessman beautiful” look—while older women are notoriously deemed less attractive, especially by older men. A Canadian study found perceived attractiveness declined with the age of a face for men and women, but that the effect was stronger for women's faces.

Yet men are not exempt from prejudice against the old. In a finding that should surprise us all, a younger man’s face was deemed the most attractive by study participants. Mirror, mirror on the wall, who is the fairest of them all? Apparently it's the Prince, not Snow White.

And that is the rub. While men and women’s roles and experiences may become more equal in terms of pay, respect, and authority on the job, the convergence might go the other way as men increasingly face the same age prejudice as women. Maybe we will soon add another recession indicator—men’s spending on beauty products and procedures.