How To Get Power When Older Workers Fill 6.4 Of The 11.4 Million New Jobs 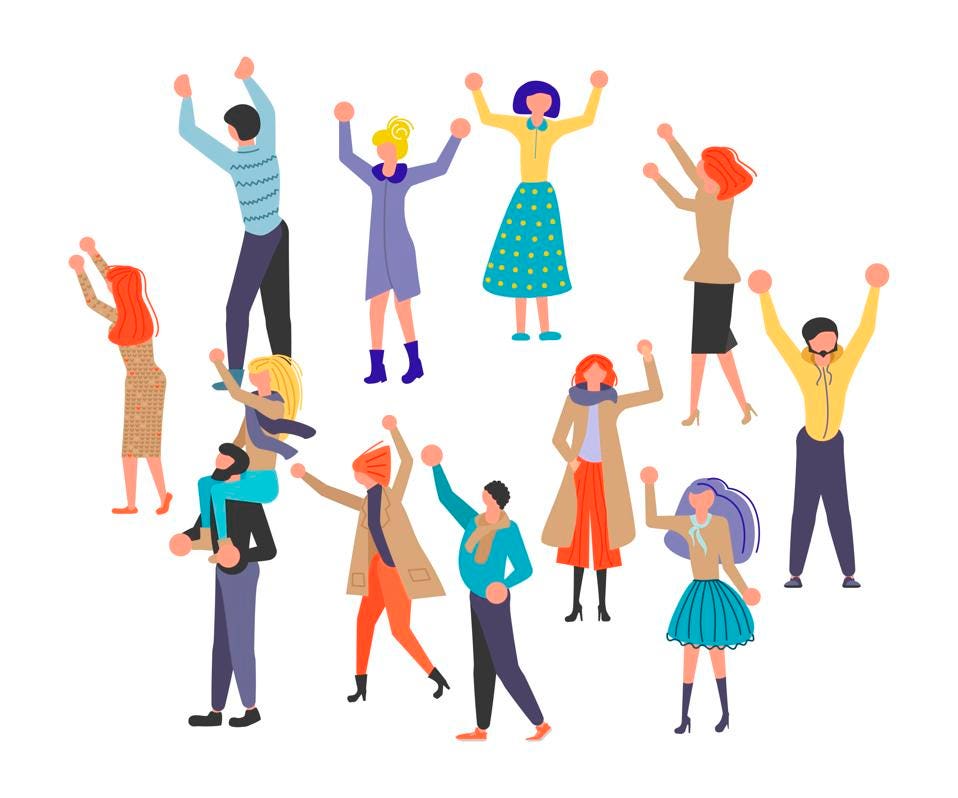 Here I am in Atlanta, at the annual American Economics Association convention, with thousands of other economists.  We seem to be encased in a concrete conference center, walking between hotel meetings rooms and food courts on skybridges isolated from the street. I haven’t been outside in days.  I think I saw Ben Bernanke in the hotel gym rocking the treadmill while I worked out in my new free t-shirt advertising a software program.

New research at the AEA convention suggests that better retirement policies for older workers could also help younger workers advance in their careers. How can younger workers improve their bargaining power on the job? Make sure a large group of substitutes or competitors on the job--older workers--can just say no to further work and retire with dignity.  It is a win-win.

I'm here of course to learn about new economic research on retirement and aging, and in one of these meeting rooms I heard a paper entitled, “Is it Bad to be Green in a Greying Firm?,” written by Peter Berg, Marissa Eckrote, Mary Hamman, Daniela Hochfellner and Matthew M. Piszczek, and sponsored by the Sloan Foundation’s Future of Work and Working Longer Project.  The research suggests bad effects on younger workers if older workers stay on the job. Their data comes from Germany – a nation with comprehensive data on firms and workers— and it shows that firms may use older workers as substitutes for younger workers.  As older people delay retirement, the less experienced younger workers may not be promoted. This research could mean that while many U.S. older workers delay retirement partly because of their eroding pension security, younger workers could suffer wage loss and wage repression.

We should pay attention to how older workers are treated for three reasons:

The aging American workforce combined with older workers’ lack of retirement readiness may shape employment patterns and the strength of all workers’ bargaining power for all American workers, old and young. To be direct: the loss of bargaining power among older workers -- because many must say “yes” to any wages, hours, and working conditions offered up -- is bound to affect the rest of the labor market.

Another force besides inadequate pensions also may be exerting downward pressure on older workers’ bargaining power. My research center at The New School for Social Research, the Retirement Equity Lab found that older workers do not have the connection to their employers they once had. A strong long-term relationship with an employer may help ease retirement exit in many ways.  You are likely to have a pension, some transition health care, and the ability to do phased retirement with an employer you have been with for a long time. You have some leverage when you have a long-term relationship with an employer, because the firm has plans for expected retirements.

But changes in job tenure over the last 30 years have reduced older workers’ bargaining power, especially for older men. In 1987, the median number of years older prime-aged men (45-54) have been with their current employer was 12.7 years. In 2018, their median job tenure fell 36% to 8.1 years. For older workers age 55-64, men’s job tenure fell 16% during the same time period (16.8 years to 14.1 years), a drop that would have been higher if many older male workers who lost jobs did not leave the labor market.

Economists Alicia Munnell and Steven Sass report that older men’s decreased job tenure reduces their salaries and access to benefits such as retirement coverage. An older worker who changes jobs will likely have to take savings out of their 401(k) plan before retirement and find a new job that pays on average 25% less.

It is likely that our inadequate retirement savings system makes older workers less likely to be able to bargain for better wages, hours, working conditions, and benefits. And our broken retirement system also results in a growing number of indigent elderly. If workers currently aged 50-60 retire at age 62, 8.5 million  people are projected to fall into poverty.

The New School for Social Research

The fear of poverty makes a bad job look good.

How do we help older workers get bargaining power on the job? Older workers need to be able to walk away from a bad job. We need to ensure older workers can afford to retire through the expansion of Social Security and meaningful, comprehensive advanced-funded pensions.

To help fix our broken retirement system, Blackstone’s executive vice president Tony James and I have proposed the creation of Guaranteed Retirement Accounts (GRAs).  GRAs would provide all workers with universal, secure retirement accounts funded by employer and employee contributions throughout a worker’s career, paired with a refundable tax credit. Simply increasing unionization for all workers would also help address the retirement crisis.