The High Costs Of A Government Shutdown And Broken Budget Process 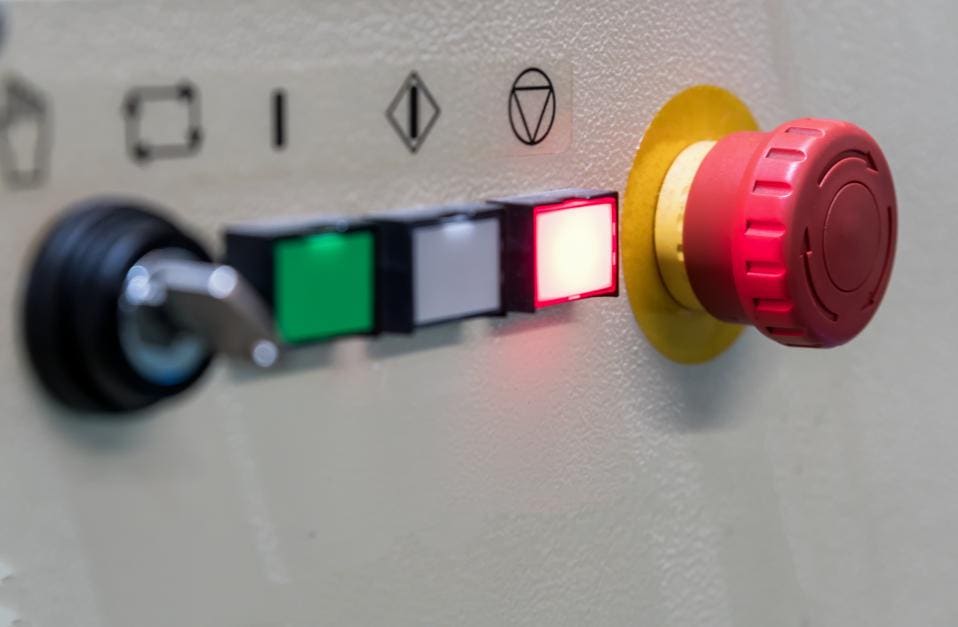 The federal budget process may fail by Friday which means the federal  government will stop all but bare bones, non essential, operations.

Congressional authorization for significant amounts of spending—agriculture, justice, environment, homeland security, and other areas-- runs out on December 21.  Despite the looming deadline Congress and the President are not working around-the-clock to negotiate an agreement.

Before President Trump planned to leave Washington for a 16-day vacation at Mar-a-Lago he held a televised session with the Democratic Congressional leadership that degenerated into an argument. The President took ownership of  the looming shutdown (contrary to most political advice and shocking many of his Republican allies), saying “I am proud to shut down the government for border security” if he can’t get $5 billion for his wall on the Mexican border.

And although Republicans still control the House of Representatives until early January, when the newly-elected Democrats take over, many of them are not even in Washington or showing up for votes.  The outgoing representatives have been moved out of their offices into cubicles, so the new members can move in, and many of November’s losers aren’t working  though they haven’t closed the budget. Republican Congressional leaders admit they have no strategy. Senator John Cornyn (R-TX), the number two Republican leader in the Senate, says “There is no discernible plan — none that’s been disclosed.”

Although the current looming shutdown is tied to President Trump’s hard stance on funding the border wall, brinkmanship and short-termism is now the normal federal budget process.  The  regular process described in textbooks says the President submits a budget in February for the fiscal year beginning in the following October.  Congress reviews it, setting an overall budget amount that is then allocated to twelve different appropriations bills in each chamber covering the myriad things government funds—defense, housing, national parks, airport security.

House and Senate committees then are to negotiate internally among the political parties, after which each chamber combines its committee decisions, creating an overall spending bill. More negotiations and compromises between the two chambers and with the White House results in the new approved budget being ready for the President to sign before the new fiscal year (FY) starts on October 1.

But this formal process hasn’t been the real budget process in Washington for decades.  Congress hasn’t passed all of its spending bills on time since 1997, almost twenty years ago.  For six years in a row, FY2011 through FY2016, not one appropriations bill was passed on time.  In fact, as the Pew Trusts sadly document, ever since the 1974 Congressional Budget Act put current procedures into place, “Congress has managed to pass all its required appropriations measures on time only four times: in fiscal 1977 (the first full fiscal year under the current system), 1989, 1995 and 1997.”

The real process instead involves passing some individual spending bills when possible, and enacting a “continuing resolution” (what the Washington insiders call a “CR”) for the remainder that continues previous spending levels for a fixed period of time—anywhere from a few weeks to the remainder of the fiscal year.  Of course, negotiations about what goes into the CR, at what levels and for what time period, are themselves contentious and complex.  (Some members further disrupt the process by trying to put pet projects or controversial policy issues like restrictions on abortion spending in the CR, which is seen as a “must-pass” bill that might carry divisive policy positions into law.)  Forbes contributor Stan Collender, the “budget guy” and one of the best guides to these dysfunctional procedures and politics, writes “the federal budget process is not broken: it’s dead.”

Failing to pass the budget on time is costly.  It causes uncertainty about whether national parks will be open; problems for many federal contractors (including small companies) in planning their business; volatility and speculation in financial markets; increased economic uncertainty that inhibits long-term private investment; confusion for  state and local programs and budgets (given their reliance on many federal spending streams), and weaker  long-term policy and economic strategies that depend on reliable federal spending.

The process can be viewed like a Washington reality TV episode of “The Federal Budget:  Deal or No Deal” featuring colorful characters—the tough Nancy Pelosi, the inscrutable Mitch McConnell, and the unpredictable Donald Trump.  But this systematic fallure is not theater.  As compelling as they are, personalities are by far the least important aspect of the shutdown threat.  The uncertainty and ill will fostered by this chaos hurts the economy and all of us, not just government employees and those that directly rely on federal spending.

Government shutdowns are economically harmful.  But perhaps their worst effect is to further erode respect for the federal government’s reliability. The President’s combative stance is aggravating our already damaged broken democratic processes while threatening to destabilize the economy, financial markets, and confidence among investors, households, and businesses.