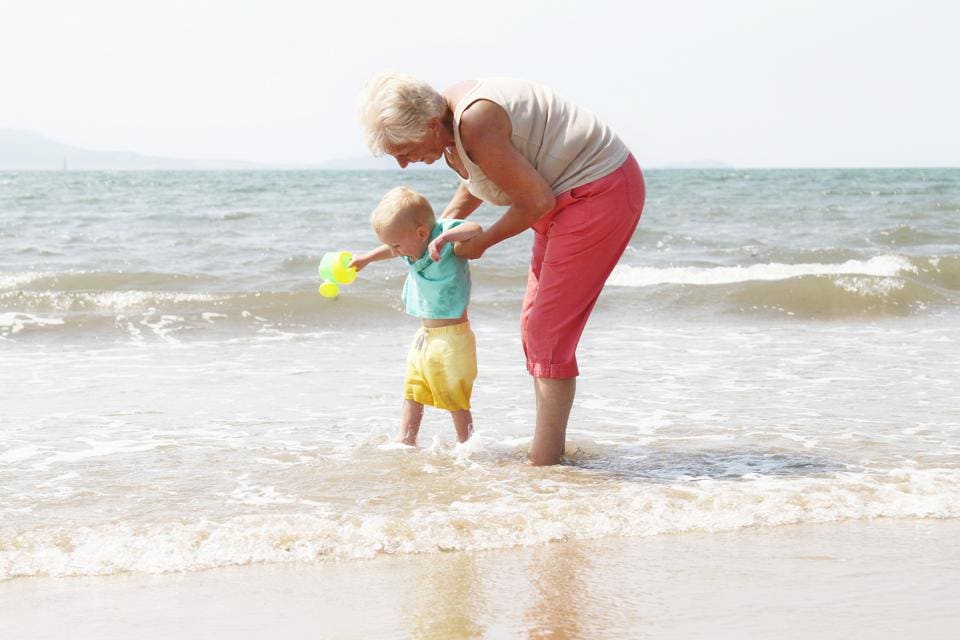 A persistent story about Social Security, greedy baby boomers, and badly-treated younger people periodically rises from the grave.  But the story is false.  I hope that my shining the light of facts  can help kill this false story. Spending on the elderly does not displace spending for younger populations.  Societies that care about vulnerable people, regardless of their ages, are more generous.

My study of 58 nations over 30 years shows that nations that are generous to their elders also are  generous to children.  The link is especially strong between good treatement for female elders and  poverty programs directed at kids and education spending.  In caring socieites, pension and education spending increase together, suggesting that when political forces ally the elderly and young families, social spending increases across groups. A 10% increase in spending on education (as a percent of GDP) is correlated with a 7.3% increase in spending on pensions. It seems nations making the political decision to enhance the lives of the old also do so for the young.

But if it isn't greedy geezers, what are the policies and trends that are really hurting young workers?  We can see the trends clearly: stagnating wages, rising debt, and high housing costs.

Economist Dean Baker and the Economic Policy Institute (EPI) note the wages of a typical worker have barely risen in four decades, especially for men. So there are low prospects for a career with regular wage increases. EPI shows that in 2013, inflation-adjusted hourly wages of young college graduates were lower than they were in the late 1990s.

And college completion is no magic bullet.  Low and stagnant wages affect even those with four-year college degrees.  And many recent college grads and people who took out loans but never finished a degree are having to finance more loans as a percentage of income, than young people have ever done before.

Also housing costs in large cities where economic growth is strong and where young people go to find work are at record highs.  Housing cost increases are easily outpacing inflation in many cities, making life especially hard for low- and moderate-income households and for first-time home buyers.

So a lopsided and lackluster labor market, debt, and housing costs are the main problems facing the children of boomers, not their allegedly greedy parents.  In fact, adequate Social Security and Medicare are a gift to Millenials and Generation Xers.  These programs minimize the chance that younger families will need to support their adult parents, aunts, and uncles as they age.

It is curious why this storyline and the myth of the Greedy Geezer persists.  We hear over and over that the elderly and retirees are reptiles, with Social Security and Medicare falsely viewed as programs in which the "old eat the young."  Dean Baker has collected some prominent examples: The Boston Globe had a story last year titled “baby boomers destroyed everything." And so does Thomas Friedman at the New York Times.

There are exceptions to journalists misunderstanding Social Security:  LA Times Michael Hiltzik reminds us how many young people are lifted our of poverty because of Social Security.  The Washington Post’s Allan Sloan provides a similar clear statement of reality. And Trudy Lieberman in the Columbia Journalism Review puzzles over why the press too easily accepts that the meme the elderly are having it “too good “at the expense of the younger generations.

Is Social Security too generous?  Consider a modern a couple with two average earners with a combined annual income of $102,600 in 2017 dollars, drawing on excellent calculations from the Urban Institute. The projected lifetime Social Security benefits for someone turning 65 in 2015 were $624,000 compared with lifetime taxes paid of $557,000. That's an imbalance, but exactly what an insurance program expects to do.  In an insurance program like Social Security, people aren't cheated.  My health insurance has cost hundreds of thousands of dollars and I hope my health costs are a fraction of that.

Medicare is expensive but not because of overly generous coverage.  The American health care system, including Medicare, is inefficient.  Americans pay twice as much for our health care per person as other wealthy countries without superior health outcomes.  We pay too much for prescription drugs and costly medical procedures.  But there are political barriers to change.  Polls show bipartisan support for using the muscle power of Medicare and the federal government to bargain for lower pharmacy costs. But we don't have enough elected representatives who want these changes.

There are plenty of generationally fair ways to increase revenue to Social Security and Medicare.  Social Security and Medicare can be maintained and expanded by increasing revenue in rather straight-forward ways.  We can raise the FICA total employer and employee (split evenly) FICA tax from 12.4  to about 15 percent of payroll.  Or we can raise taxes less and instead increase the earnings cap on taxable annual earnings from $132,900 to something over $250,000 or beyond.

If we don't make such simple and fair changes, then we are truly being intergenerationally irresponsible.  But providing older people with decent incomes and health care does not rob younger people of their future.  Instead, Social Security and Medicare, along with education and other programs for the young, help unite us across generations, making us mutually dependent on each other. That's a hallmark of a civilized and fair society.