Workplace Retirement Coverage Drops And The System Continues To Fail 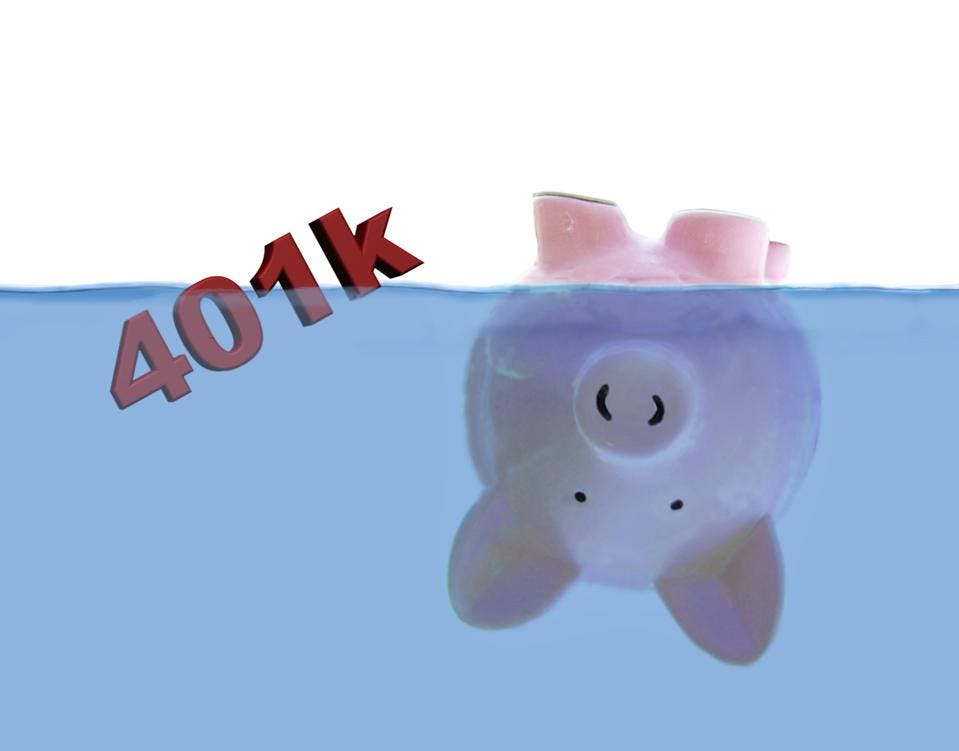 The American workforce is an aging one, filled with people concerned about retirement. Still, despite the aging population, $140 billion in annual tax breaks, and relatively light regulation of defined contribution plans, retirement plan coverage at work (including defined benefit and 401(k)-type coverage) has declined over the last two decades. Just 40 percent of workers were covered by any type of retirement plan through their workplace in 2017, 4 percentage points lower than in 2014. And retirement plan coverage has fallen in 14 out of 17 years since 2000.

The lack of retirement plan coverage hits some groups more than others.  And, though employer-provided retirement plan coverage declined for every demographic group, some groups lost more than others. The coverage rate for white (down 5 points to 43 percent), black (down 5 points to 38 percent) and Asian (down 4 points to 37 percent) workers all fell significantly.  Coverage for Hispanic workers (down 1 point to 29 percent) remains lower than for other workers.

In sum, just when the labor force necessitates more retirement coverage – workers are aging, they expect to live longer, and Social Security benefits are not likely to increase – coverage falls. The 401(k) was supposed to be so popular for people and firms. The government -- relative to DB plans -- lightly regulates 401(k)-type and IRA plans and 401(k) plans are cheaper than defined benefit plans for firms.  However, the voluntary system still fails to cover most workers; only 40 percent of workers are covered.

Source and notes: Author’s calculation using the March supplement of the Current Population Survey, 2015 and 2018 and the March supplement of the Current Population Survey, 1999-2018 (survey asks about coverage in previous calendar year). Sample includes workers ages 25-64 who report having worked at least 35 hours per week. Starting in 2013, the Census Bureau changed questions related to retirement income, but not questions related to workplace retirement plan coverage. In 2013, it fielded the old questions to 5/8 of the sample and the new questions to 3/8 of the sample. We present data for retirement plan coverage in 2012 for these two samples separately. Another source found that a change in the CPS questionnaire in 2014 accounts for part the decrease seen in subsequent years (EBRI report). The direct question regarding workplace retirement plan coverage was unchanged, but other questions related to retirement income were changed. However, the trend of decreasing coverage predates the questionnaire change and alternative surveys of retirement plan coverage coverage such as the Survey of Income and Program Participation and the Survey of Consumer Finances show decreasing coverage over similar time periods. Recent data does not allow defined benefit and defined contribution plans to be analyzed separately.