Is A 'Crazy' Federal Reserve Killing The Stock Market? 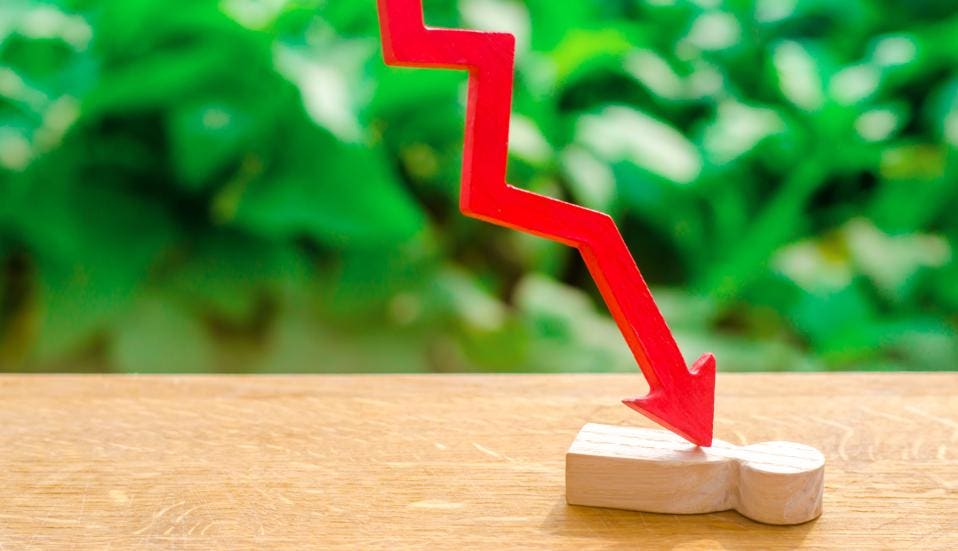 An ominous week on Wall Street has President Trump blaming the Federal Reserve for raising interest rates, which the President claims has caused stock indices to fall for six consecutive days – for example, the Dow Jones average fell by over five percent in two days. Presidents second guess the Fed when rates increase, but Trump went beyond second-guessing when he described the Fed’s policies as “loco”, and said yesterday it “has gone crazy.”

The attacks on the Fed are curious because Trump himself chose Wall Street insider Jerome Powell as Fed chair, refusing to reappoint Janet Yellen (the first woman to chair the Fed, and the only Fed Chair not to be reappointed in the past 39 years).

The President is not right about the Fed; the central bank is steadily raising interest rates for solid reasons.

One reason is not because inflation is accelerating and the Fed wants to dampen price increases by slowing the economy.  As Forbes contributor Frances Coppola pointed out, the Fed has been predicting rising inflation for almost a decade, but we still don’t see significant price or wage pressures.  Although the unemployment rate has reached record lows, many workers are not getting raises. My recent analysis shows that more than half of older workers are being pushed out of their jobs, hardly a sign of a booming labor market.

Some market analysts believe the Fed is correcting a worrisome convergence between short and long-term interest rates—the “flattening yield curve,” which often signals an impending recession.  Others justify the rate increases as offsetting the economic stimulus provided by Trump’s tax cuts, which come at a time of steady economic growth but will balloon the federal debt and deficit in the future.

And many analysts (including me) believe the stock market is highly overvalued, pumped up by the tax cuts which went mostly to the wealthy, and are fueling unsustainable price/earnings ratios.  Corporations are generally not using their new found net-of-tax revenue to make productive investments, but instead are buying back their own stock and making aggressive mergers and acquisitions, further driving up the market.

Institutional investors have been worried about the inflated stock market for some time, and recently have begun to cut back their equity holdings.  The Fed may be picking up this nervousness among the big investors.

The Fed is also aiming to slow rising home prices.  The July Case-Shiller Home Price Index was up six percent from the previous year, and the Fed’s interest rate hikes will push mortgage rates higher, and home prices lower.

True, the downside of the Fed actions to increase rates is that interest rate changes are blunt instruments for policy.  They can’t slow buybacks, target productive investments, or improve credit quality.

The market’s increasingly dangerous separation from the economic fundamentals would be better served by limiting stock buybacks, imposing a stock transactions tax, and rolling back the tax cuts that are feeding the market and creating a risky long-term deficit and debt increase.

The Fed’s movements aren’t crazy--they are steady, dull, and very predictable.  These are characteristics that many people wish there were more of in Washington.