Does Having Employer Health Insurance Make You Better Paid? 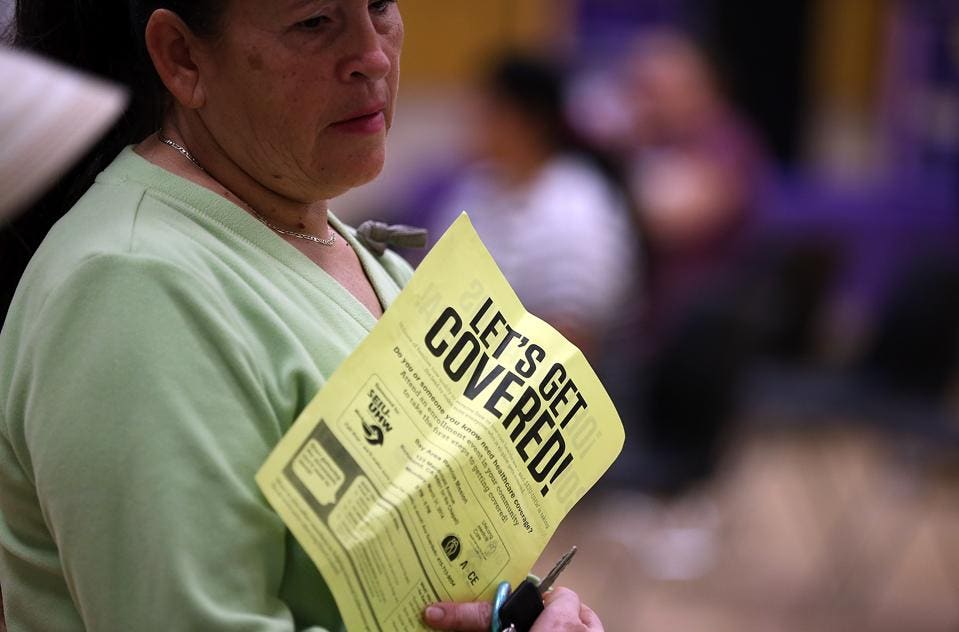 The janitor and the chief executive are miles apart in wages -- what they are paid in cold hard cash. We are accustomed to CEO pay relative to the average worker's pay soaring - up from 20 to 1 in 1965 to over 271 to 1 in 2017. But, if the janitor is not outsourced – a big "if" because many firms are fissuring --  the janitor and CEO must be covered by the same health insurance -- its an old requirement from the IRS aimed to avoid tax evasion by the rich.  Mark Warshawsky, a researcher at the conservative-based Mercatus Center at George Mason University, argues how the inequality of pay is overstated. Since low and high income workers get the same health insurance the gap between them is not so large.

Warshawsky confirms top earners have moved away from middle class and low earners in the years he studied, 1992 to 2010. The top 10% enjoyed a 80% wage growth, while the middle 50th saw only a 60% increase. But, he wonders, if unionized workers  sacrifice cash wages explicitly in collective bargaining, to maintain their health insurance, all workers must swap health insurance for cash. If so, pay inequality may be overstate. Hey, its a reasonable guess, if if all workers, regardless of pay, have employers pay, say $15,000 per year on a health care premium, then Warshawsky reasons, the total compensation gap is not so big. But, in reality, the story is not that easy and the pay gap is still high and growing and the rich have better health insurance than the middle class and lower income workers.

Even though the long-standing policy of the Internal Revenue Service going back to the 1920s and strengthened in 1978 and by the ACA in 2010 is aimed at preventing tax evasion by the rich by ensuring employers aren’t avoiding taxes by giving tax deductible fringe benefits just to high income workers, there are still many ways a firm can favor high income over low and middle income workers. And they do.

High income workers are much more likely to have access to health insurance at work and use it when they have it. But even if every worker is covered by the employer’s medical plan at work the $1,000, $2,000, $5,000 deductible is charged to every worker regardless of pay and so is the, say $50, copay. Using the health insurance plan is much more expensive for the low income worker than the high income worker. Assuming that every worker is paid the value of the average employer health premium hides key differences in the value of the benefit. Warshawsky assumes that the medical plan is equally valuable for high and low earners, but the health insurance benefit is increasingly adding  more and more  regressive elements.

Bottom line: even if people are covered by health insurance recent studies show that rising costs of copays and deductibles discourages lower income workers from ever using their insurance.  Also, this study did not consider that low income workers are likely to have periods of unemployment and have longer waiting spells to be on health insurance.

The growth of earnings and total compensation, which includes health insurance (assuming every worker has same premium and uses the same amount of health care) is still unequal.

Warshawsky argues an appropriate political policy response to pay inequality should include reducing the rate of increase of healthcare costs. Who can argue with that recommendation. Reduced health care costs will help employers be able to pay more cash to their workers.

But the more important thing to remember in examining these studies is that health insurance premiums is not the same thing as pay. On paper, the employer may be paying – on average – more in health insurance premiums; but, that doesn’t close the important material gaps between workers. In this country, workers need cash money to pay for housing and adequate food – the important elements of living standards. The inequality of living standards between people in American who work hard for their living is still on the rise and higher than in any rich nation.