Who Are Democratic Socialists and What Do They Want? 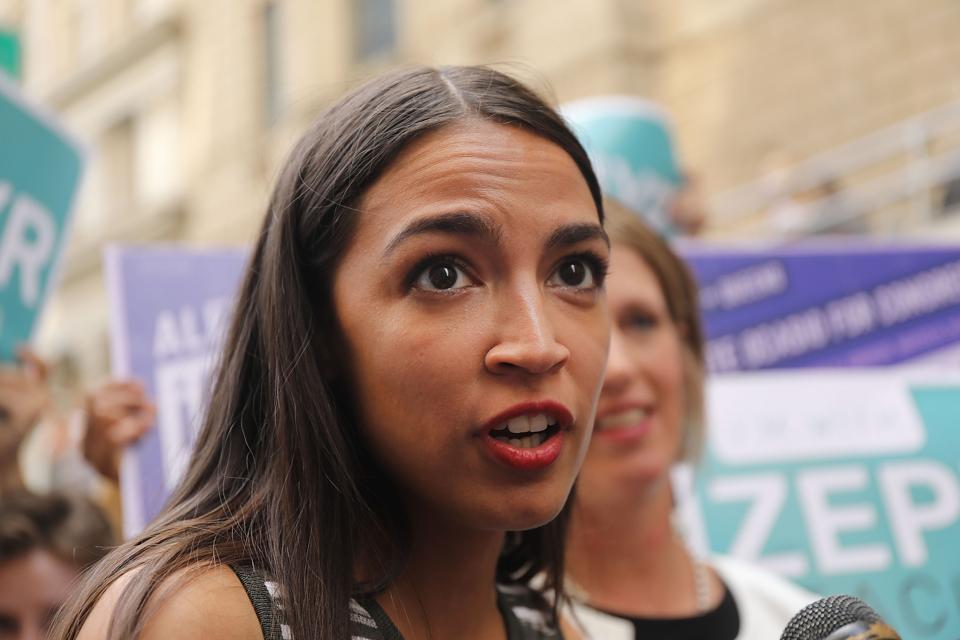 Some Democratic candidates are running (and occasionally winning) as Democratic Socialists. Socialism? In America? Would Karl Marx recognize a rising up of workers to control the means of production in something more radical than an ESOP (employee stock ownership plan)? This primer looks past labels and spotlights the modern-day American socialist candidate and where the Democratic Socialists of America (DSA) platform is both in line and out of step with voters’ preferences.

An upset win in a New York City Democratic House primary has put Democratic Socialists on the national stage. Alexandria Ocasio-Cortez, 28 years old and a member of DSA, defeated longtime incumbent Joseph Crowley, the fourth-highest-ranking Democrat in the party’s House leadership this summer. She campaigned in the district for 19 months and found a weakened target: Crowley hadn’t faced a primary in 14 years while his district had become majority non-white.

Ocasio-Cortez’s win caused some pundits to wonder if a center-left fight was about to break out among Democrats. But Ocasio-Cortez's program of economic policy is fairly mainstream Democrat, including restoring stronger regulations on banks and the financial sector, comprehensive health insurance (Medicare for All), expanding Social Security, a federal jobs guarantee and higher taxes on corporations and wealthy Americans.

When Americans are polled, many aspects of Ocasio-Cortez’s “socialist” economic agenda often have a majority or close-to-majority support. Within the past year, polls have found majority support for the federal government ensuring health care for all, for free college tuition at public universities, and for the proposition that upper-income people and corporations pay too little in taxes. Even a federal jobs guarantee received 46% approval in an April poll.

Of course, polls can be unreliable reads of what people want; when the price tags are fleshed out, support for expensive programs often drops. But, several polls have found that policy ideas seen as too-far “left” by pundits command substantial support from voters like raising the federal minimum wage. Ocasio-Cortez and others also advocate ideas that do not command majority support and can be divisive, like abolishing ICE, but her economic policy ideas resonate with many voters.

Bottom line: On economic policies, many voters aren't hostile to a lot of democratic socialist ideas, although they surely shun the label “socialist.” And Ocasio-Cortez herself is not a purist, but rather someone looking to get these ideas into the national dialogue, perhaps like the Tea Party introduced extreme right-wing ideas such as privatizing Social Security.  She calls Democrats a big tent party: “You know, I’m not trying to impose an ideology on all several hundred members of Congress…”  She views her campaign not as “selling an -ism or an ideology,” but about “selling our values.”

Record-low unemployment – less than four percent – isn’t relieving Americans’ insecurity about health care, retirement security and their own as well as their children’s future. A majority of voters don’t view Republican tax cuts as helping people other than the rich. Calls for higher wages, lower costs for college, more health care and retirement security – sometimes mislabelled “left” or “socialist” – will doubtless persist. Some candidates and parties may wish to advocate these ideas and label them as centrist.

A candidate calling for higher pay, reduced inequality and economic security may not be too far left. Calls for higher minimum wages, stronger labor unions, fair housing and equal pay policies were all part of Harry Truman’s policies and his 1948 winning platform.  Was “give ‘em hell, Harry” a Democratic Socialist?  No, but he was seeking practical solutions to real problems. (When once urged by a bystander to “give ‘em hell,” Truman replied, “I just tell the truth on them and they think it’s hell.”)  President Truman, coming after World War II and facing political unrest and economic uncertainty, was as practical a politician as many on the scene today, seeking solutions for economic inequality and insecurity. That seems to be Ocasio-Cortez’s goal, along with many candidates campaigning in the November elections. Stay tuned.